MUSIC
DJ SPACE: Music Reviews, DJ Blogs......CHAT WITH A DJ!
This is the place. For DJs. Read their album reviews and musings on music and more.CHAT WITH THE DJ THAT IS LIVE ON-AIR RIGHT NOW!You will be taken to their live playlist area on Spinitron, where you can click on the text "LIVE CHAT" to start a chat session.

The Menahan Street Band is one of a crew of performers -- Sharon Jones, The Budos Band, Antibalas, Sugarman 3 to name a few -- who record on the Daptone Label out of Brooklyn. The Daptone artists as well as a bunch of other musicians are leading the Nu-Soul movement.  What impressed this listener about the Menahan's new CD, "The Crossing," is the stateliness of the music. Yeah, you heard it right, “stately soul music.”  Kind of counterintuitive, but that's the way their music hits me. In listening a bit closer, it’s that horn section coming out big-time, working tight with the percussion, where I get that feeling of "stately progression."   I played the Menahan's  2008 release, “Make The Road By Walking” a lot, and yeah, there it is, right there in the title track . . . deliberate, elegant horn work. . . and it surely does swing.  On this CD, "Bullet for the Bagman” is a must hear.   But it's by no means the only one. Each and every track on this CD presents a new perspective, you don’t get bored, and that’s the mark of darned good music. 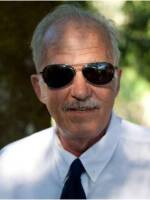 The Hurricane
The Hurricane continues to pursue a 45-year career in disaster response and training, with emphasis on aviation. An earlier stay in Crawford ‘75’-’79 brought back good memories in 2004 when he came down from Boise on the Saddle Mtn fire, and less than 2 months later he and Maggie had taken up residence at Rancho Paradiso outside Crawford.
See stories by The Hurricane
Music Show Archive
of KVNF's locally-produced music programs. Miss your favorite show? Want to hear one again? Find it on-demand here!
The Archives
DONATE YOUR CAR!
Sign Up!