2015 Likely To Be A Mixed Bag For Colorado Farmers 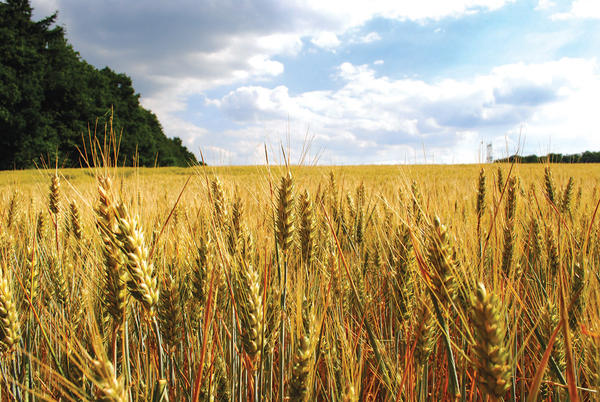 2014 brought with it an abundance of grain for Colorado farmers and it doesn’t look likely to change in 2015. While farmers wait for a rebound, the new year could bring substantive policy change.

Great Plains farmers are unlikely to see relief in 2015 from sluggish commodity crop prices, according to Brian Kuehl, director of federal affairs with K-Coe Isom, one of the country’s largest agricultural consulting firms. Kuehl spoke at an economic forecast event in Greeley.

An American rebound from drought, and bumper crops in other parts of the world, have caused a grain glut that has pushed down prices for corn, wheat and soybeans. Farmers are coming off a couple seasons of some of the highest corn prices in years.

Listen
Listening...
/
KUNC and Harvest Public Media's Luke Runyon talks over the year ahead for agriculture with consultant Brian Kuehl.

“Certainly low commodity prices is the overwhelming story and that’s going to put downward pressure on everything from input prices to land rents,” Kuehl says. “Farmers are going to try to make ends meet if they can. And a lot of them will have trouble making ends meet. We’ll probably see some farmers not able to make it through low commodity prices.”

That means the trend of consolidation of existing farms is likely to continue, Kuehl says. For decades farms have grown larger and more high-tech as farmers attempt to maximize their profits. They do that by buying up more land and expanding their operations.

As always weather could play the biggest role in determining how farmers fare in 2015. Too much or too little precipitation can make or break a farmer’s growing season. Even beyond 2015, Kuehl says climate change will create even more volatility in the farm economy.

“Weather is one of the big wild cards. It was in large measure drought that drove up commodity prices,” Kuehl says. “Many large producers take it as a given that climate change is real and it’s affecting agriculture.”

Agricultural groups have been forming their agendas for the current Congressional session, and Kuehl says some big policy changes could be in the works. In his State of the Union, President Obama made tax reform a priority, pledging to close tax loopholes on the wealthy and lessen the burden on the middle class. Republicans have rejected the idea. Agriculture traditionally has found a special place in the tax code because of the industry’s high volatility and risk, Kuehl says.

Nuns On The Ranch Give A Heavenly Twist To Beef

Many beer aficionados are familiar with the rare breweries run by Trappist monks. The beer is highly sought after, but it's not the only food or drink made by a religious order. Many abbeys and convents have deep roots in agriculture, combining farm work with prayer.

Women's Work Is Never Done On The Farm, And Sometimes Never Counted

The average American farmer is a white man in his late 50s. Or at least, that's who's in charge of the farm, according to new data from the U.S. Department of Agriculture.

But the number of female-run farms has tripled since the 1970s, to nearly 14 percent in 2012. And if you dig a little deeper, you'll find women are showing up in new roles. But because of the way farm businesses are structured, women's work often isn't included in those USDA counts.