Across the West, racist place names ‘tell us we don't really belong'

Colorado resident Daniel Tom wishes he would have spoken up during a Chaffee County Board of Commissioners meeting back in 2019, when commissioners were considering a petition to rename Chinaman Gulch, an area Tom passes nearly every day on his bicycle.

A deputy attorney with Chaffee County, Tom moved to Colorado in 2015. He was born in Arizona and his ancestors emigrated from China to the U.S. in the mid-1800s. He traces back his family’s roots to tumultuous times in America. They survived the Chinese Massacre of 1871 in Los Angeles, where, after the riots, his great-great-grandfather was arrested for carrying a firearm.

“He was given a felony complaint because Chinese people were not allowed to carry firearms and protect themselves,” Tom said.

One hundred and fifty years later, Tom sometimes navigates new places in the U.S. not unlike his great-great-grandfather did – with discretion, anticipation.

Tom was the target of racism and bullying growing up in Mesa, Ariz. Decades later here in the small mountain town of Buena Vista in south-central Colorado, life is easier, quieter. Still, there are at least a few signs that make him feel unwelcome – actual signs that read “Chinaman Gulch.”

“I think it's something that tells us that we don't really belong,” Tom said. 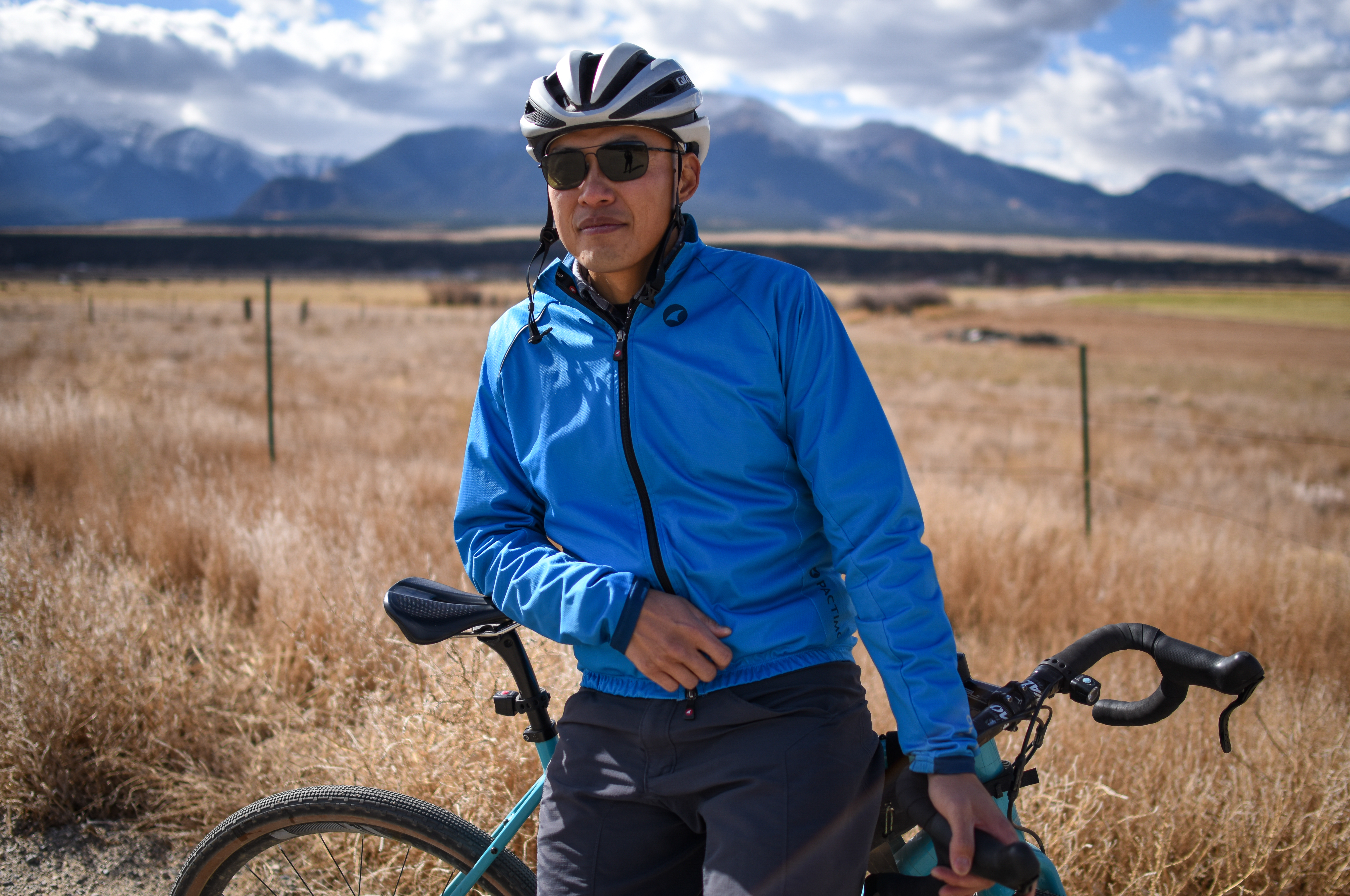 ‘I’ve been called a lot of things’

Chinaman Gulch includes a steep trail carved into the rocky earth near Buena Vista in Chaffee County. Cattle graze in the fields nearby and snow-capped peaks rise sharply in the distance. It is among dozens of areas across the nation with an offensive title up for a new name. Colorado’s Mount Evans is another example. Its namesake is John Evans, the second governor of the Colorado territory who set in motion the 1864 Sand Creek Massacre, when Union soldiers attacked and killed hundreds of Cheyenne and Arapaho people.

Meanwhile, Squaw Peak sits 100-some miles away. A Colorado advisory board has recommended it be called Mestaa'ėhehe (mess-ta-HAY) Mountain – to honor a Cheyenne translator.

“I mean, we changed one ‘squaw’ mountain, but there are several more that we didn't change with the word ‘squaw’ on it. So there's a lot of work for this commission to do,” said State Rep. Adrienne Benavidez, D-Adams County, a member of the Colorado Geographic Naming Advisory Board.

“What was more shocking was that there had been commissions in the past and that they had never done any of this work. I mean, it should make all of us in the state feel badly that we have those names,” she said.

Colorado’s naming board “expired” in 2016 when the state archivist retired, according to a researcher with the U.S. Board on Geographic Names. Only one other state in the nation – Utah – has ever had its naming board lapse. Gov. Jared Polis reestablished the commission in 2020 amid the nation’s racial reckoning spurred by the police murder of George Floyd.

The renaming process begins with a request to the U.S. Board on Geographic Names. Its members research the name’s origins and the proposed new title. They also contact every tribal nation in the country for input and tap local governments and state naming boards. This helps to explain the process's often molasses-like pace.

A petition to rename Chinaman Gulch was first submitted in 2019.

“It was kind of one of these things where you sort of ask yourself, ‘Well, is it a good use of our time to talk about this?’ Like, this hasn't really been an issue that I'm aware of in the past,” said Chaffee County Commissioner Greg Felt.

At first, commissioners opposed a name change. Felt says the person calling for it was from out of state and the proposed name – Trout Creek Gulch – was ill-conceived given that the creek does not run through the gulch. (Providing a viable new name for the area in question is key to the U.S. Board on Geographic Name’s process.) At the time, Felt said he thought “Chinaman” was a benign title, too. The name acknowledged that a Chinese man who made parts for the railroad likely lived in the area, he said.

But today, as Tom and other community members speak out, he sees things differently.

“The way we're looking at this has been influenced over these several years by an increase in interest from our local population,” Felt said.

Multiple members of Colorado’s Asian American community testified at a recent Colorado naming board meeting to express their disgust with the name, including board member William Wei, a former state historian who is of Chinese descent.

“One of the questions that I have is how did the Chaffee County folks determine that the name was inoffensive? Since even in the 19th century, the term 'Chinaman' was used in contemptuous tones,” Wei said. “And let me say that I can personally attest to the fact that the term is used in a derogatory fashion. I've been called, well, I've been called a lot of things, and ‘Chinaman’ is one of them.”

"Since even in the 19th century, the term 'Chinaman' was used in contemptuous tones.”

Chaffee County Commissioner Keith Baker has been consulting with members of the Colorado naming board as the county considers how to move forward.

“There are lots of landmarks and lots of terrain features that honor the Ute people who were here before,” Baker said. “And so I think the general feeling among the members of the community is it would be appropriate if the intent truly was to honor the contributions of Chinese people.”

Now with the support of Chaffee County commissioners, community members like Tom are working with researchers to locate the grave sites of prominent Chinese residents buried in the Buena Vista cemetery with the hope of selecting a new namesake. 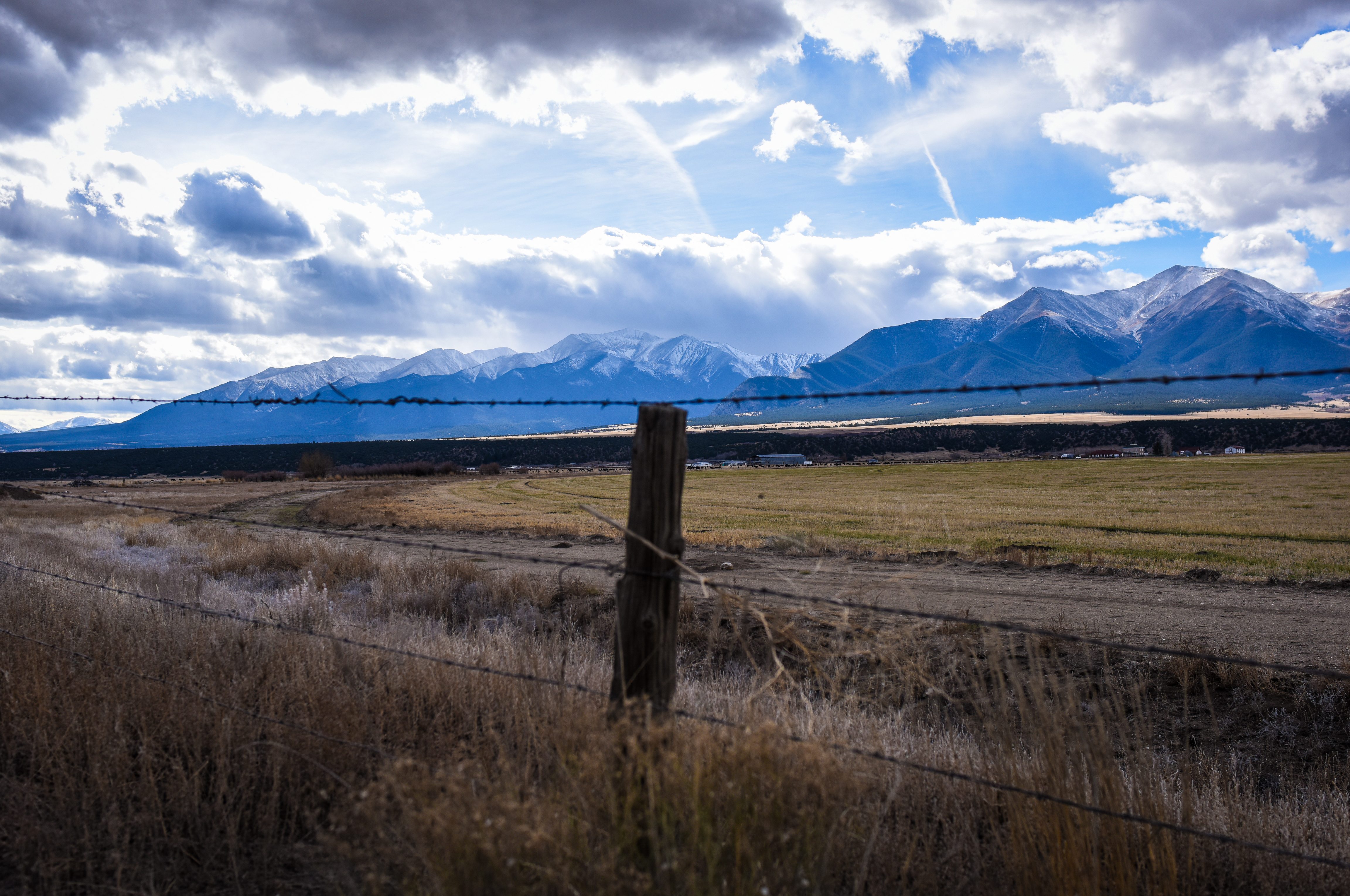 While commissioners in Chaffee County are listening to calls for change, in Wyoming, tribal officials hope their voices will finally be heard, too.

The Rocky Mountain Tribal Leaders Council represents tribes in Wyoming, Montana and Idaho. In 2017, it joined the Great Plains Tribal Chairmen’s Association to petition for the renaming of two areas in Yellowstone National Park: Hayden Valley and Mount Doane. The former’s namesake is Ferdinand Hayden, a geologist who led an expedition in Yellowstone. Tribal members say he condoned Native American genocide. The latter memorializes Gustavus Doane, an army lieutenant who led a massacre of more than 200 Piikani people, a division of the Blackfeet Indians.

Tom Rodgers, a Blackfeet member with the Rocky Mountain Tribal Leaders Council, calls the attack “one of the most horrendous massacres in our unfortunate history when it comes to the genocide of Native Americans.”

He says Doane and his soldiers ambushed Natives who were dying of smallpox. “And what was disturbing is he instructed his soldiers that, when they ran out of bullets, they could use the pickaxes on them.”

Most of the victims were women and children.

But, “the naming societies and some of those in Park County, Wyoming, still hold on to a sanitized history of America,” Rodgers said.

In 2018, the Park County Board of Commissioners in Wyoming unanimously opposed renaming either area. Board members felt the proposed names were “trying to change history,” according to meeting minutes. Some on the Wyoming Board of Geographic Names saw things differently, though, and, in 2019, voted 6-2 in favor of changing Mount Doane to First Peoples Mountain. They voted 7-1 to keep Hayden’s name because of his “significant contributions to science, geology, and the survey of the Greater Yellowstone Area,” according to meeting minutes.

Meanwhile, the U.S. Board on Geographic Names is still awaiting input from the National Park Service.

Rodgers senses change is coming and points out that the Biden administration includes Deb Haaland, the first Native to lead the Department of the Interior.

“The gatekeepers are no longer men who are fearful of examining the past," he said. "It's much more, ‘Come, let us discuss.’”

On November 19, Haaland issued an order for the U.S. Board on Geographic Names to remove the word “squaw” from all federal lands.

“The term has historically been used as an offensive ethnic, racial, and sexist slur, particularly for Indigenous women,” Haaland said in a news release. The secretary said that a database maintained by the Board on Geographic Names counts more than 650 federal pieces of land bearing the term.

Another order she issued that day will create a committee tasked with combing federal lands from coast to coast to find offensive titles and rename them.

“Together, the secretarial orders will accelerate the process by which derogatory names are identified and replaced,” Haaland said.

Rodgers was heartened by the news.

“Indian Country, as well as all Americans, should welcome the announcement by our Native sister," he said "It will provide a teachable moment for our nation so that we can heal and educate as one people.”

History can be used to imprison people or inform them, Rodgers added. He believes these name changes will help to liberate some who have been shackled by the past.