Hemp's Legality Has Stunted Research, But That's Starting To Change 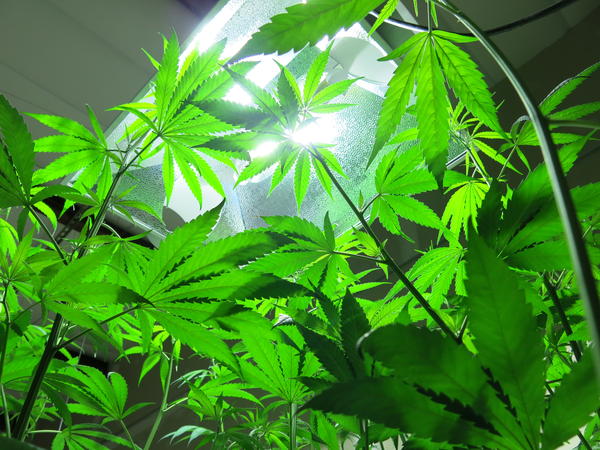 Humans have been growing hemp for centuries. Hemp-based foods have taken off recently. So have lotions and soaps that use hemp oil. Studies underway now are examining how different compounds in cannabis could be used as medicine. There’s hope its chemical compounds could hold keys to medical treatments for Parkinson’s disease and childhood epilepsy.

Scientists studying industrial hemp say the plant holds a tremendous amount of promise. But to unlock its potential there’s very basic scientific research to be done.

“It’s hard to believe all the different uses. It does really get ridiculous all the things that people use it for,” says Nolan Kane, an evolutionary biologist at the University of Colorado Boulder.

Since there’s so little we know about the plant’s basic composition, Kane, and his team of plant scientists, formed the university’s Cannabis Genomic Research Initiative to build an intricate map of the plant’s entire genetic code. Most agricultural commodity crops, like rice and sunflowers, are well-known to plant scientists. Part of hemp’s allure is the mystery surrounding the plant, says Kristin White, a research assistant in Kane’s lab.

“I think it’s a really under-researched crop. And it’s so rare to find that in science these days,” White says. “So it’s very exciting to be part of something so new.”

Think of industrial hemp as marijuana’s more pastoral cousin. The term could refer to many varieties of cannabis, usually cultivated for its oil-rich seeds or tensile fibers, more so than any psychoactive properties.

Federal law defines hemp as having less than 0.3 percent THC, the psychoactive compound found in marijuana. Hemp legalization is gaining momentum throughout the country, but it’s still governed by a patchwork of conflicting federal and state laws. That can make it tough for researchers like Kane to build a foundation of scientific literature without running afoul of the law.

A Shortage Of Seed

A very important piece of paper, held in a simple frame, hangs on a wall in one of Kane’s labs. It’s permission from the Colorado Department of Agriculture that gives the researcher the ability to grow and study industrial hemp. Even more importantly, the document is tied to a permit from the federal Drug Enforcement Administration.

“I am told that it is not the first cannabis that has been grown on campus, however, just the first legal cannabis,” Kane says with a laugh.

That permission comes with a bevy of caveats. Most of those caveats deal with acquiring seed, an important first step in trying to understand hemp.

“We can’t just go to a dispensary and buy seeds and bring them on to campus, or even accept seeds from most sources,” Kane says. “A lot of the people that are growing this are not federally legal.”

The seed can only come from two sources, Kane says. Researchers can import seed from approved growers in other countries where hemp is legal, like Canada, China and Italy. That can be a time-consuming process, not to mention a legal minefield. About halfway through 2014 federal agents intercepted seed shipments to both Kentucky and Colorado.

The other option takes researchers to the wide open plains where wild hemp grows. Kane calls it “feral hemp.” Most people know it as “ditch weed.” Gathering those seeds and replanting them on campus is perfectly legal, Kane says. His team is working to import seed and has collected a limited amount of feral seed.

Research? 'There Just Isn't Enough Of It' 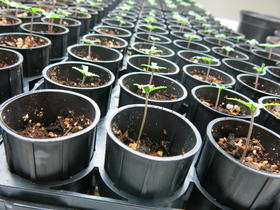 Right now the breeding of marijuana and hemp varieties is sometimes scattershot and sloppy. Kane’s genetic map of cannabis would allow plant breeders to be more precise, opening up the possibilities to develop varieties of hemp with useful traits. Unlike other major commodity crops there’s no published genetic map for the plant. A Massachusetts company and Canadian research team sequenced the genome of cannabis sativa in 2011. The project in Boulder would build off that finding.

“I’m not convinced that we know how many species of cannabis there are,” Kane says. “Right now they’re all lumped into one species based on what [Swedish botanist Carl] Linnaeus did in the 18th century. But that clearly is old work.”

Because hemp has been illegal while the field of plant genetics has gone through a period of intense technological advancement, the list of unanswered questions is long. Those questions need to be answered before drug companies, product manufacturers and farmers can get a handle on hemp’s benefits.

“What formal research is there has been good,” Kane says. “But there just isn’t enough of it. Because there aren’t that many people who’ve been able to get funding or permission to do this anywhere really.”

Federal permission to study cannabis is rare, because even though hemp has little to no psychoactive properties, under federal law it’s still grouped in the same class of illegal drugs as heroin and LSD.

Despite that, Congress may be warming to the plant. Hemp’s list of potential uses is long, but what might be the plant’s most magic property is that it can actually get members of Congress to work together. Colorado Democratic Representative Jared Polis teamed up with Republican colleagues in 2014 to make it easier for researchers to study hemp.

“We were able to pass an amendment to the Farm Bill, showing that there were a majority of Democrats and Republicans that felt that this is an important crop,” Polis says.

That Farm Bill amendment gave the green light to researchers who want to work on hemp. But it hasn't been a free-for-all. The sparse legislation that Congress has passed is vague and public institutions, like universities, don’t like to build plans on vague legislation.

Patrick O’Rourke, the University of Colorado's lead attorney would know. It’s his job to make sure any research, whether related to cannabis or not, doesn't put the university’s federal funding at risk.

“The message that we've tried to say is, ‘We support your ability to do whatever research you want to do, as long as you’re going through the right steps to have it approved.’ And the researchers understand. They don’t want to be outside the boundaries of the law,” O’Rourke says.

Despite the obstacles, research is starting to take off. Kane’s genomic research is just the start. Colorado’s two biggest universities, Colorado State University and the University of Colorado, have formed a joint partnership to collaborate on projects, called the Colorado Hemp Research for Novel Translational Applications Center — CoHeReNT for short. It’s looking for funding now. In the meantime, private companies are attempting to fill the research gap. 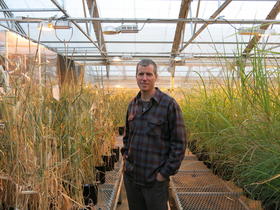 Usually when Colorado State University plant geneticist John McKay wants to study the makeup of a plant species, he’s not meeting with lawyers every other week to get the research off the ground. But legally, hemp isn't like a lot of other plants.

“I've spent more time with lawyers this year than all my previous years,” McKay says.

When the Colorado Department of Agriculture began taking registration information for in-state hemp growers, McKay’s private company New West Genetics was one of the first to sign up.

Instead of waiting for all the federal approvals to get research projects going at CSU, McKay started his business, working out of a small greenhouse he rents off campus. Though McKay says the university could begin field trials of the plant as early as 2015.

Public universities tend to be risk averse. That gives ambitious entrepreneurs, who may be more willing to experiment while state and federal law is being harmonized, an opening, McKay says.

The list of more than 200 registered hemp growers in Colorado includes dozens of private entities and individuals, like McKay, growing on small plots of land for research and development.

“Nothing is completely spelled out in law. And then what little has been spelled out then agencies and universities are trying to use to make plans, and by the time we make them, then maybe the laws change again,” McKay says.

While the laws keep changing, McKay says, scientists, both public and private, will be doing whatever work they can to fill the research gap in hemp.

The U.S. market for foods and beauty products that contain hemp is growing, but American manufacturers that use hemp have their hands tied. The crop is still illegal to cultivate, according to federal laws, which means the current American hemp industry, estimated at $500 million per year, runs on foreign hemp.

Now Appearing: Hemp, For The First Time In Decades

A handful of farmers are set to plant the country’s first hemp crop in decades, despite federal regulations that tightly restrict the plant’s cultivation.