Later Bar Hours On Tap At The Colorado Capitol

Could closing time change for your local watering hole? That's a statehouse proposal under consideration, allowing Colorado communities to decide whether to extend bar hours. Some feel a change to the law could do more harm than good.

Under the bill, cities and towns could allow bars to stay open as late as 4:30 in the morning. For supporters, the current 2 a.m. closing time is dangerous because it dumps thousands of people into the streets and behind the wheel at the same time.

“It’s more difficult for law enforcement to monitor those crowds, this could help monitor individuals who are driving away from the area,” said Representative Crisanta Duran (D-Denver).

The bill would allow for staggered closings, meaning bars could close at 2, others at 3 or 4:30.

Mark Berzins, owner of Little Pub Company - a franchise of bars in the Denver metro - supports the proposal. He says staying open later would spread out the times when people would leave, making it easier for instance to catch a cab.

“I experience the fallout mainly in the form of taxi service,” said Berzins. “I’m the parent of four kids, I have a couple of teenagers that drive and I worry all the time about drinking and driving. It’s really hard to give lip service - get a safe ride home and then you have patrons who can’t get a ride home. I guarantee 95% of them get in the car and drive home.”

Originally the bill would have allowed cities and towns to extend closing times to as late as 7 a.m. or roll back the hours. Shortening bar hours would be devastating to the restaurant industry though says the Colorado Restaurant Association's Sonia Riggs.

“For those hours to be reduced after significant investments could force restaurants to shut down,” said Riggs. 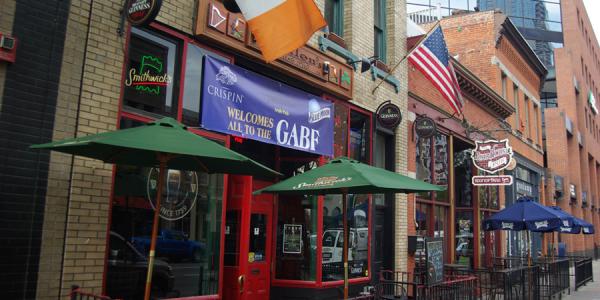 Public support for the change was mixed at a recent hearing. For downtown Denver residents like Ramona Martinez, extending bar hours will only make problems like blaring sirens between 1 a.m. and 2 a.m. worse.

Lawmakers like Representative Tim Dore (R-Elizabeth) also had questions about the additional hours.

“If we have staggered times are we looking at bar hopping when drunks are on the road?” asked Dore. “What’s to say the problem won’t just be pushed to 4:30 a.m., is there some study that says people stop drinking earlier in the morning?”

As the only lawmaker on the house local government committee to vote against the bill, Dore thinks longer drinking hours will simply lead to more DUIs. He doesn’t believe massive crowds exiting bars at the same time is a statewide problem.

“This is really a Denver issue,” said Dore. "We’re being asked to be Denver city council members. I’m not hearing concerns from other areas of the state.”

While cities and towns support the bill they say they’d prefer even more local control that would also allow for restricting hours. Several committee members said they weren’t sold on extending bar times, but they did feel it should be a local decision.

The measure now heads to the full house floor for debate. If the bill is approved and signed by Governor Hickenlooper, bill sponsor Representative Duran says she’s not sure how many Colorado communities would change closing times.