Restorations At The Colorado Capitol Hit Their Home Stretch

A $6 million project to spiff up the state capitol is almost done. The two-year renovation of the building's signature gold dome is complete; inside the capitol workers are restoring both the House and Senate chambers.

Colorado's capitol opened in 1894 and has gone through a few restorations since then. The latest iteration restores the chambers to how they looked at the turn of the century.

As you peek in the chambers, you see scaffolding everywhere. Behind the walls each chamber is covered with vibrant color panels and ornate stenciling.

"The colors are so much brighter and more interesting, there's a lot more texture," said Patrick Tague, the Superintendent for Spectrum General Contractors Inc., the company overseeing the renovations. "This is definitely a special project. You can't choose a more important building, or even more important rooms in the most important building."

In this final stage, workers are uncovering a skylight at the top of both chambers. 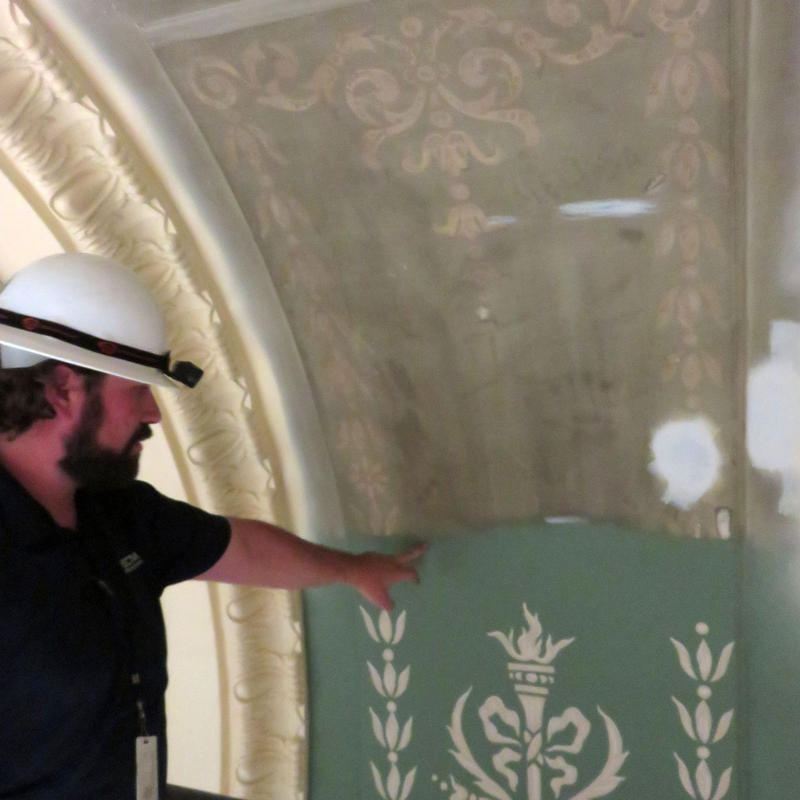 "It's more grandiose, it adds 10 feet to the room, and in a room that's already 45 ft tall in the center to make it 55 ft is significant. It's impressive," said Tague.

The historic colors on the walls and skylights were covered up in the 1950s with beige acoustic tile.

"Buildings were always built with passive ventilation, so usually windows, usually doors, skylights for natural light," said Ann McCleave, an Historic Preservation Specialist with History Colorado advising on the project. "Then we got mechanicals, air conditioning and heat so we closed all that passive ventilation off."

The space was originally designed to have someone sit in front of the room and speak loudly and their voice would move around the room, but amplification changed that. 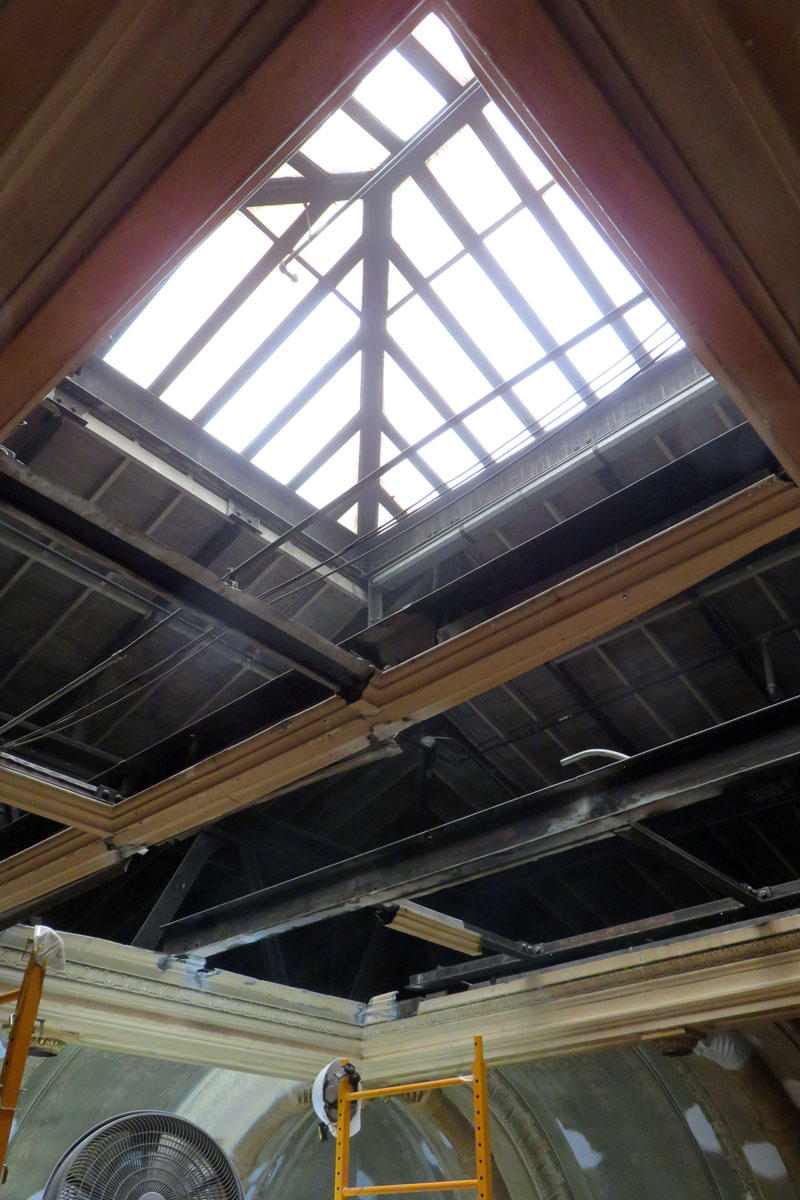 "I think they were having trouble with echo and the noise bouncing all over the place so they added the acoustic tile," said Tague.

New modern speakers are able to direct the sound to the listener instead of off objects, which made those tiles unnecessary.

Because the chambers are under construction they are off limits to visitors,  but tourists are still coming. According to the visitors' desk, summer is the busiest time of year. Tours run every half-hour, and are typically at full capacity, which is 30 people.

"We do get a lot of international visitors, every once in a while there will be one or two people from Colorado, but it's mostly people out of state our out of the U.S.," said tour guide Hannah Hostak.

"We were here a lot on field trips and would take the tours and hear all the history, and unfortunately that was when you were a kid and it was boring, and you didn't want to see all these pictures of old people," said Reynolds. "People here don't go, it's here, so why go? They can see it from the outside, which is one of those fallacies; because of course you don't see it from the outside. 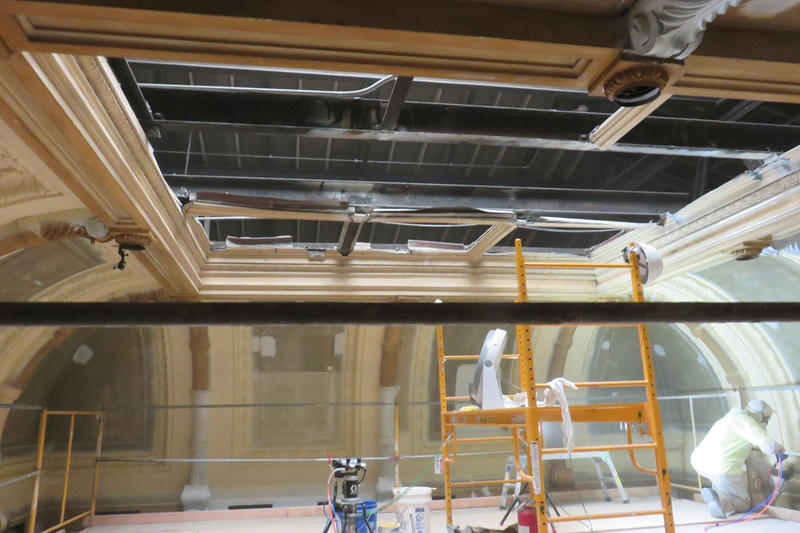 She noted that the murals, pictures, and renovations make the building a living place that highlights the pioneer history and grandeur of Colorado. She worries that the public's perception of politics makes the capitol a less attractive destination.

For Anne McCleave of History Colorado, she hopes the public sees what an important building it is to the state and its people.

"…and how it is important to want to preserve the building, and to visit the building. It's their building they need to go visit and look at it, and learn about it," said McCleave.

The chamber skylights will be complete by the end of 2015. Then the leaky roof will get replaced, which will require a new roof skylight. That will bring in even more sunshine on lawmakers as they debate issues of the day.

Colorado's state capitol is getting a major upgrade. A two-year renovation of the building's signature gold dome is complete and on the inside, work is underway on both the House and Senate chambers. Just like any remodeling project, some interesting surprises have been uncovered along the way.

With its new restaurants and stores, Denver's recently reopened Union Station is bustling now. But five years ago, it would have been empty.

"If you would have come down here on a Saturday, there would have been no one in here," says Walter Isenberg, who runs Sage Hospitality, one of the main architects of Union Station's resurgence. "It would have been this vacant, desolate hall. Ceilings were peeling, kind of in some major disrepair."