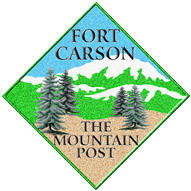 Fort Carson is faring better than many as part of the Army's efforts to reduce overall troop numbers by 40,000.

The Mountain Post will lose about 365 soldiers, a fraction of the 16,000 once deemed possible.

Suthers said though, it's important to "remain vigilant" as more troop reductions could occur.

The downsizing comes as a result of 2011's Congressional sequestration, which could still lead to further troop cuts.

Congressman Doug Lamborn [R-Colorado Springs], whose district is home to Fort Carson, says the decision means, "we are viewed favorably by the DOD and the Army."  Lamborn goes on to say this is a "somber day," calling the cuts "arbitrary," and a result of what he calls a "disastrous policy of budget sequestration."

Colorado Senator Michael Bennet [D] issued a statement saying the minimal cuts mean the Pentagon recognizes Fort Carson as a strategic asset.  Bennet also said, "We will continue to fight the sequester, which is bad policy."

Cory Gardner, Colorado's Republican Senator, is also critical of the actions due to sequestration, saying the President needs to reconsider a veto threat to a defense spending bill, and work with Congress to maintain the strongest military in the world.

Bases in Alaska and Georgia bore the brunt of the cuts, each losing almost 3,000 troops.  Fort Hood in Texas will lose at least 2,600 soldiers.  Pentagon leadership says they made decisions based on factors including readiness, mission command, and cost.

Fort Carson officials declined to speculate on possible future cuts; a statement from the Department of Defense says if more cuts are made, "the resulting force would be incapable of simultaneously meeting current deployment requirements and responding to the overseas contingency requirements of the combatant commands."

Governor John Hickenlooper spoke in support of Fort Carson Tuesday at a listening session in Colorado Springs.  The forum comes as the Army looks to reduce its numbers of active-duty soldiers by at least 40,000.

The reductions could impact up to 16,000 personnel at Fort Carson.  The listening session was one of 30 being held across Army bases aimed at providing input to the Pentagon before any decisions are made.

Governor Hickenlooper said Colorado has a long, proud history with the military, and provides training and support that is unique.

The U.S. Department of Energy is piloting a program that trains military personnel for careers in the solar industry. The Reach for the Sun course is designed for people exiting the service and returning to civilian life. Paonia-based Solar Energy International is leading two of the three pilot programs including one at Fort Carson in Colorado Springs. KVNF’s Laura Palmisano speaks to Kathy Swartz, the executive director of SEI, an educational nonprofit, about the project.