The Mystic's Almanac - Where Is Buddha?

Close to dying, Papaji asked his closest disciples, "Where is Buddha?"

In the hospital for a severe asthma attack, Papaji knew he was close to dying. Barely able to breathe, he suddenly sat up and spoke with a force that overtook his desperately blocked airways. "Where is Buddha?" he shouted. "Don't know Buddha; let it in." Papaji was pointing to the heart of Buddha's teaching, to awaken in the physical world and engage in life rather than praying to be saved from it. Instead of contemplating Buddha, bring the teaching alive inside myself. I thought of the Zen koan, "If you see the Buddha in the road, kill him." Over time, though, I began to understand that seeing Buddha meant I perceived her outside myself. Where is Buddha? Wake up! Buddha is here, now. 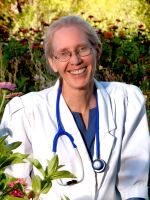