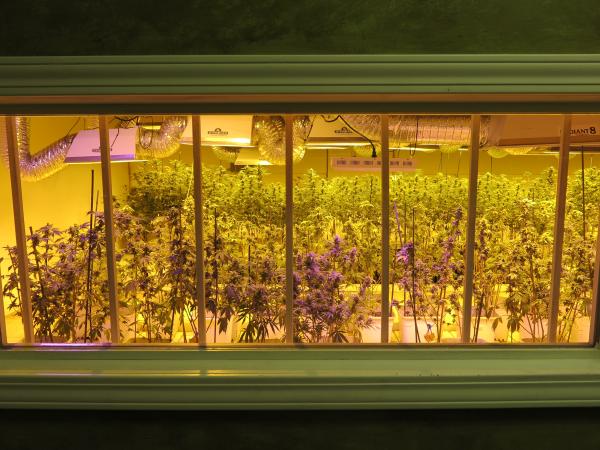 The showing starts inside an empty office building, the kind you’d see in any humdrum workplace sitcom, stripped of its cubicles and ceiling tiles, leaving just a bare, dusty shell.

It’s a blank slate for a marijuana grower, ready to be outfitted with thousands of lights and complex water delivery systems.

Legalizing marijuana in Colorado created a land rush. State law says the drug has to be grown indoors, but layers of regulation meant to curb out of state investment and tight zoning requirements have made real estate hard to come by for pot growers. 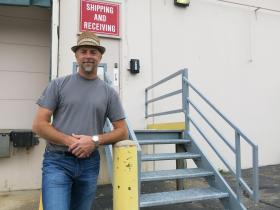 “This is really a new building for the industry,” Thomas says of the nondescript beige structure in east Aurora, Colo. The city opened up to recreational marijuana in late summer 2014, issuing licenses to businesses and not requiring new growers to have a background in the medical marijuana industry like neighboring Denver.

“It’s a big space, and it has the opportunity to be a huge production facility,” Thomas says as he fiddles with a thermostat hanging from wires attached to the ceiling. The floor is littered with door frames and sawdust. What the space lacks in polished charm it makes up for in potential.

The client still has a job in marketing in Illinois. Since January, when Colorado began its retail marijuana experiment, he’s been on the hunt for the perfect facility to grow the plant.

The room is big enough to hold more than 6,000 marijuana plants. Even more important than its size, the building sits in a sweet spot. It complies with zoning rules that require grow facilities to be separated from residential areas.

The roll out of recreational marijuana in Colorado has been so popular state-licensed grow sites can’t keep up with the demand spurring state regulators to call on the industry to ramp up production. And that’s leading to a rush on industrial warehouse space, Thomas says.

“Finding a property is probably the most difficult piece of putting a business together in this industry right now, by far,” Thomas says.

Finding that property has opened a whole new niche market for Colorado real estate brokers, aiding the marijuana industry’s entrepreneurs in locating the magically zoned property for growing or retail. 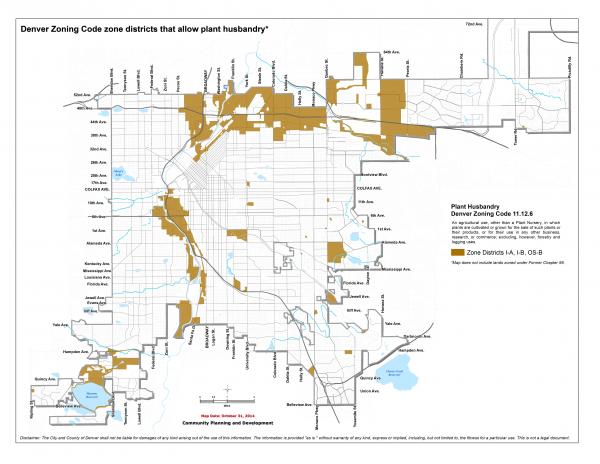 “It’s the Twilight Zone, because five years ago if people were doing this, they’d go to prison and serve hard time,” said Bob Costello, a broker who sells homes in Denver’s wealthy south suburbs but also moonlights as the “cannabis friendly real estate broker.”

“The market is artificially tight,” Costello says. “But it’s actually very good for me because when I do get one, it sells for full price very quickly.”

Costello’s been busy lately. Colorado’s marijuana industry needs a lot of real estate, between retail shops and testing laboratories and kitchens to make edible pot. Plus, the plant itself has to be grown indoors. To the benefit of real estate professionals like Costello and Thomas, the maze of state and local regulations often requires a professional guide.

Because the industry still functions in a legal gray area, federally outlawed, but legal within the state’s boundaries, Costello says there’s little data collected on how the market’s performing.

“It’s like I go to the pay phone and call my connection and I go, ‘Psst... I got one.’ And they go, ‘You got one? How much?’ ‘It’s three million dollars.’ ‘Ok, ok, I’ll take it,’” Costello said, smiling. “It never gets entered into any database, so there’s a lot of anecdotal evidence about what pricing really is.”

Cities and counties have been hands-on when it comes to crafting zoning rules that ensure the marijuana industry can coexist with other land uses. Some have been more hands-on than others, leading to outright bans on cultivation in some areas of the state to separation requirements that give buffers to churches, schools, parks and residential areas. 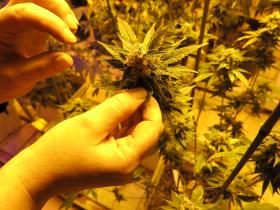 Jill Jennings-Golich with Denver’s community planning and development department says marijuana grows can only exist in very specific industrial areas with a permitted use denoted as “plant husbandry.”

“Plant husbandry is the use that you grow marijuana under,” Jennings-Golich said. “It has been on the books a long time, but no one can really remember it being used as much as it these days.”

Many real estate deals have put marijuana grows into empty buildings, flipping them into cultivation sites with lights and irrigation systems. But Jennings-Golich says as the green rush progresses it might bring a building boom along with it.

“We do see a trend to likely more new construction versus just tenant finish of existing buildings,” she said.

Back at the real estate showing in Aurora, the aspiring marijuana entrepreneur likes the empty office building enough to make an offer. After months of searching he might’ve just found the magic property.

“Contrary to popular belief maybe outside of Colorado, it’s not like Colorado opened up to marijuana. Parts of Colorado have opened up,” the client said.

It will take about $400,000 in upgrades before the building is ready to grow. It’s free of any bank loans -- a deal breaker on other buildings -- and the landlord is game. That means one year from now if the client’s business team secures licenses and approvals, the first few buds of marijuana could be harvested here.

“It’s a great position to be in to be part of the beginning of an industry,” the client said. “And hopefully get into and shape it in a way where it can prosper and succeed.”

And he says, when you’re growing a cash crop like marijuana, the money doesn’t hurt either.

Kennedy: Are We Ready For Big Tobacco-Style Marketing For Marijuana?

There has been a lot of talk recently about marijuana legalization — increasing tax revenue for states, getting nonviolent offenders out of the prison system, protecting personal liberty, possible health benefits for those with severe illnesses. These are good and important conversations to have, and smart people from across the ideological spectrum are sharing their perspectives.

Recreational and medical marijuana facilities are allowed in Ridgway. The town has one hybrid storefront that sales medical and retail pot. A town ordinance passed last month puts new restrictions on marijuana grow operations in Ridgeway.

Six months after the first retail marijuana stores opened in the state people in Colorado are using a lot of pot, according to a recent report.