MUSIC
DJ SPACE: Music Reviews, DJ Blogs......CHAT WITH A DJ!
This is the place. For DJs. Read their album reviews and musings on music and more.CHAT WITH THE DJ THAT IS LIVE ON-AIR RIGHT NOW!You will be taken to their live playlist area on Spinitron, where you can click on the text "LIVE CHAT" to start a chat session.

Welcome to the swamp! The last of the Trichnologists (it’s in the left hand) is back with an amazing album, filled with voodoo, revolutionary politics, religion, and chants.  Homage is paid to Ellegua, his early trickster teacher and guide.  There is an awful lot here. Mac Rebennack and Dr. John, the Night Tripper have become one again, with some of his best work as the Dr. since the 1968 album “Gris Gris Gumbo Ya Ya.” Of course there has been a good deal of great work in between these two albums.

Produced by Dan Auerbach, of the Black Keys, who also plays on the album, along with a great group of apprentice Tricknologists, Mac and the Doctor are one again. The album opens with “Locked Down,” beginning with swamp sounds which segue into an amazing solo, upright bass part and a chorus by the McCrary Sisters. Then the Doctor is IN! Locked down and grooving.  As the liner notes say, “It’s an invitation to do a dirty grind in a backroom bar at 3 AM and a call to go to church the next day.”

“Ice Age” is percussive brilliance grounding a tight, yet layered sound. Try focusing on the sound of the drummer’s hi-hat and you will become enveloped by layers of the tightly woven music. “The Kingdom of Izzness” is a personal favorite for me. We all live in the Kingdom and what is, is. On “Ellegua” the Dr. opens into percussion so good that if you don’t start moving in response, you might want to check your pulse! Dan Auerbach plays an amazing guitar in “You Lie,” another keeper. All in all this is must hear music. Caveat emptor, I listened to the vinyl, which comes with the CD, but I haven’t listened to the CD yet as the vinyl is so scrumptious. The bass is full, but not booming, the endings of the songs are a delight. A rock solid rhythm section with magic sitting on top. Yes, The Doctor is in! Make an appointment. 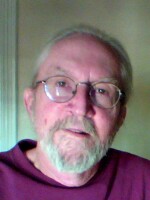 Mike "Dr. Mikey (and his vinyl psyche)" Malone
Chief "cook" and vinyl LP cleaner. Also, along with Hugh "Hurricane" Carson, writing reviews of new music for the site. Hopefully, will be DJ-ing, playing vinyl only - some new, some old. Might sneak occasional CeeDee in. I teach online psychology courses for a University in Florida, and do some therapy. Taught at Universities in FL and at Mesa here. I like long walks on the beach, but only backwards, Psychology, Philosophy, Literature, Art, Music, well actually all forms of Art down to the moss on the side of a tree. Enjoy immensely, worthwhile discussions and debates on many topics. Living a life of the mind.
See stories by Mike "Dr. Mikey (and his vinyl psyche)" Malone
Music Show Archive
of KVNF's locally-produced music programs. Miss your favorite show? Want to hear one again? Find it on-demand here!
The Archives
DONATE YOUR CAR!
Sign Up!