Business is booming at cattle sales yards throughout Colorado – but that’s not so good for ranchers. Last year's dry winter combined with an ongoing drought are forcing many ranchers to sell more than they like.

Dan Varner is usually busy this time of year. He’s a seasoned auctioneer in Delta, southeast of Grand Junction. But even he was surprised by the number of cows he recently sold.

“It was one of our busiest sales since I’ve been here for 17 years,” said Varner.

And the cows ranchers are selling aren’t just the old, less fertile ones he normally sees, said Varner. “They’re going deeper and taking a few of the better cows that normally they wouldn’t take.”

More cows are being sold because this year’s drought has made it harder for ranchers to find hay to feed their livestock through the winter. Irrigation water ran out early, and a lack of rain withered many western slope fields, cutting yields by almost half in some cases. As a result, feed prices have skyrocketed.

Robbie LeValley is a rancher from Hotchkiss and a former CSU livestock Extension agent. Because the drought is so widespread, producers are bringing feed in from longer distances. In some cases, LeValley said hay is being brought in from as far away as Canada.

“There’s such a shortage over a wide area of the U.S., they’re having to pay increased freight costs to bring in feed for their cows and horses,” said LeValley.

All of that is driving ranchers to sell their animals, because despite cattle prices staying high, they might even lose money trying to feed them through the winter.

Dick Hansen owns a ranch southeast of Crawford. He says some people are realizing they can make it with 20-30 fewer cows, so those go to sale. Ranchers typically grow most of their own hay, and then put cows out to pasture on public or private lands in the summer. In good years, Hansen sells his extra hay. But not this year.

“It’s kind of like money in the bank, a savings account, so if I have hay left next spring, it’s going to stay here til following winter. It’s the frugality of being a farmer,” said Hansen.

Everyone is hedging their bets on what this year’s winter may bring. An irrigation canal near Hansen that normally runs all winter long is virtually dry this winter—meaning at the moment, it’s not filling the nearby reservoir.

And with snowpack already pacing well behind average this winter, some ranchers are worried. But Hansen has good water rights and says, like others, he’s been through this before.

Back at the sales yard, owner Dan Varner says he, too, is waiting to see what’s in store for winter, and what that will mean for his business.

Of course, all of that could change with a good snow season. But even with a good year, it still takes time to replenish a herd. Still, Varner said ranchers remain hopeful, “They’re always optimistic and maybe that’s why they keep going.” 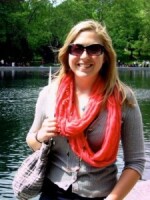 Ariana Brocious
Ari was the KVNF News Director from 2010-2013, and was the force behind creating the high quality News Department we have today. She is a radio & print journalist interested in energy, water, land, agriculture, food and culture, and is now the Morning Edition Host/Reporter for NET Radio in Nebraska.
See stories by Ariana Brocious
KVNF 2 Week Music Archive
of KVNF's locally-produced music programs. Miss your favorite show? Want to hear one again? Find it on-demand here!
The Archives
DONATE YOUR CAR!
Sign Up!