This week's program is a special documentary from Making Contact. In LA 50 years ago, 30,000 mostly Chicanos peacefully protested the disproportionate number of Latinos dying on the frontlines in Vietnam. They came from across the country to also protest substandard education, racism, police violence, and other issues negatively affecting Latinos. What started out as a peaceful march ended with an attack by riot-clad police, 400 arrests, and the deaths of four people.

The August 29th Chicano Moratorium was a turning point in the Chicano civil rights movement and left a stain on Los Angeles that after half a century still hasn’t gone away. 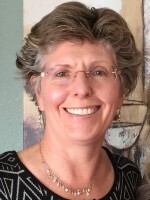 Jodi Peterson
Jodi Peterson grew up on Colorado’s Front Range and attended Colorado State University, earning a B.A. in English and an M.A. in communication development. She spent 16 years working as a technical communicator with computer company Hewlett-Packard, then made a career shift to journalism. In 2005, she became news editor for the award-winning nonprofit newsmagazine High Country News; later she served as its managing editor for five years. In 2017, she went part-time as a contributing editor. Jodi was hired as KVNF’s news director in April 2019, and shifted to the news editor role in November 2020, before going freelance in January 2021.
See stories by Jodi Peterson
KVNF 2 Week Music Archive
of KVNF's locally-produced music programs. Miss your favorite show? Want to hear one again? Find it on-demand here!
The Archives
DONATE YOUR CAR!
Sign Up!