Take A Look At Our Current Favorites At KVNF & Click Below To Check Out All The New Music For The Week of Sept. 22nd, 2014

1.  Blake Mills / Heigh Ho / Verve: Great musicianship from the California guitarist who has been a session player for everyone from DangerMouse  to Norah Jones, is coproducer on the next Alabama Shakes release and is joined here by Don Was, Jim Keltner & Fiona Apple.

3. Train / Bulletproof Picasso / Columbia: The 7th studio album from the American Rock band that does Rock.

4. Sheila Brody / Mississippi EP / Sheila Brody: She was one of George Clinton's  Brides Of Funkenstein and with only 5 tracks here  to reintroduce herself, she manages to strut her stuff with Funk & Soul & a dab of Electronica Dance Floor Groove.

5. Gary Clark, Jr / Live / WB:  2 discs full of his signature  Blues/Rock sound from his 2013/2014 Tour and morphing into a whole bunch of great tunes that you will want to jump up and dance to. 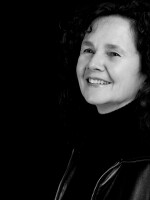