I was standing at my desk looking out into the garden I share with neighbors when I saw an American robin come by and pick up an earthworm. This red breasted feathered friend was followed by four more of their kind that paraded through the winter beds looking for worms and  finding no more quickly moving on. A traditional sign of spring the robin stopped by for that little earth worm snack which has wriggled its way up to the surface of the soil.

Earthworms are a land based invertebrate (no vertebrate) that is ectothermic (cold blooded) belonging to the phylum Annelida. They are hermaphroditic meaning they have both male and female organs. However, unlike conventional wisdom, if a worm is cut into pieces these pieces will not survive to become new worms. The head of the worm may survive if there is enough body left but the body parts will die. The bodies of worms are essentially a tube within a tube and their digestive system stretches the length of their body. Incredible digesters they can eat pretty much anything that was ever alive and bunch of tiny living organisms also. They processes huge volumes of organic matter (leaves, food scraps, poop, bodies, etc) and turn it into nice castings  which- laden with carbon and zinc- help to build slightly acidic humic soil structures.

Worms are commonly accepted to be essential to good agriculture given their presence in soils with high organic matter. The common earthworm is, like most of us, not native to North America. They came in with the settlers' ships from Europe. Much of the shared knowledge of white or western agriculture is based on what people did in Europe with the soils and ecosystems there. North America did not actually have anything like the european or asain earthworms that came here with trade. And it turns out that these creatures may not actually do much to build organic matter, so much as be an indicator of its presence in soils. Earthworms eat a lot of organic matter and if they eat all of it the soil dries out. Also for soil systems like those in forests that rely on thick carpets of duff or leaves, earthworms may actually have a detrimental effect as they eat up all that forest carpet changing the habitat for baby trees, other insects, delicate plants and the rest of the food chain that relies on them. Its not to say earthworms are bad. They are prodigious composters and can break up very hard and compacted soils and the nutrients they create are good. Instead, this can be a lesson in why understanding the history and complex interdependence of the living systems that sustain us is so important. And why, a sense of curiosity and ongoing relationships with nature can be so rich. 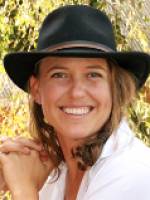